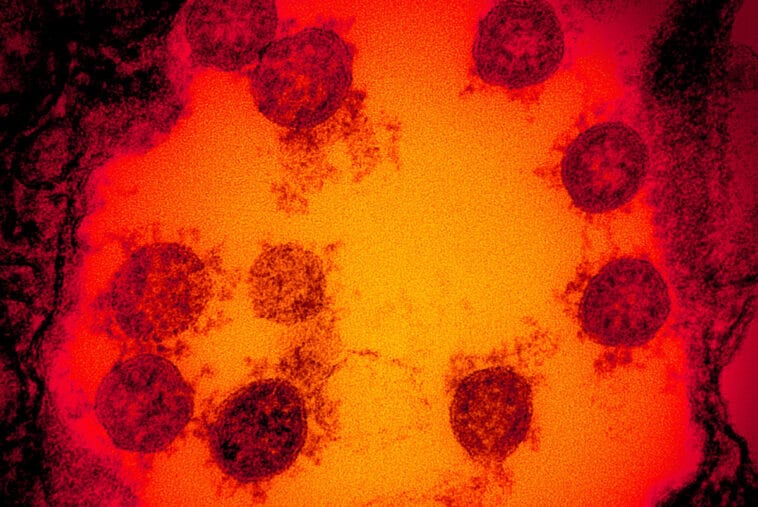 This week’s selections include COVID-19 surveillance data systems; pandemic impact on measles, polio vaccination rates; and revisiting a verification mechanism for the BWC.

The United States added 126,480 new coronavirus cases on Friday, according to data released Saturday by the Johns Hopkins Coronavirus Resource Center. It’s the third day in a row that the U.S. has set a daily record, bringing the total number of infections in the country to more than 9.7 million. More than 236,000 have died. NPR

This report provides an overview of U.S. public health surveillance data challenges, current COVID-19 surveillance and data collection, and selected policy issues that have been highlighted by the pandemic. Congressional Research Service .pdf

A commentary in the New England Journal of Medicine hypothesized that face coverings, in the absence of a vaccine, could reduce the inhaled dose of coronavirus by filtering some virus-containing droplets, leading to asymptomatic or mild disease and stimulating T- and B-cell immunity. Concerned that the piece, its positioning in a top medical journal, and the resulting media coverage would embolden people to abandon physical distancing and other public health measures in favor of only wearing face coverings, scientists warned against the “variolation” practice in two letters to the editor in the same journal on Oct 23. CIDRAP

Immunization rates in some countries have fallen by as much as 50 per cent, with people unable to access health services because of lockdown and transport disruptions, or unwillingness due to fear of contracting COVID-19. UNICEF and WHO estimate about $655M are needed to address dangerous immunity gaps in middle-income countries, which are not eligible for Gavi assistance. Of that figure, $400 million are needed to support polio outbreak response over 2020-2021, and $255 million to prepare for, prevent and respond to measles outbreaks over the next three years. UN News

New Strategies at Work in Eleventh Ebola Outbreak in DRC

The eleventh Ebola outbreak in DRC Équateur province was declared on 1 June 2020. Since then, 130 people have fallen ill and 55 have died from the disease. Fewer urban clusters have shaped the disease course and response, as has availability of a vaccine. Mortality is still high at 43% today, but it’s down from the 67% seen during the outbreak in North Kivu and Ituri provinces. A possible explanation is that some sort of natural immunity exists among people in Équateur province, as this region has experienced Ebola outbreaks before. Médecins Sans Frontières

Two new studies highlight the COVID-19 infection risks facing healthcare workers and their patients and families, the first study showing that more than 5,300 Minnesota HCWs had high-risk contact with an infected person without adequate personal protective equipment (PPE) by July, and the other finding that while overall risks to HCWs are low, those who provide patient care are much more susceptible. Of all hospitalizations for COVID-19, HCWs or their household members made up 17.2 percent. CIDRAP

During the repatriation and quarantine of passengers from the Grand Princess cruise ship at a U.S. military base, biocontainment of a potentially infectious sample from a passenger was compromised. This paper describes the steps taken to contain the spill, decontaminate the area, and discusses the needs for adequate training in a biohazard response. Disaster Medicine and Public Health Preparedness

Collaboration Between National Security and Public Health Practitioners and Scholars

As the COVID-19 pandemic rages on, it is critical that the U.S. begins toaddress health security as a top national security priority – which to date has been poorly defined, underfunded, and lacking in cohesive leadership. A cornerstone of this effort will be funding programs targeted at reducing chronic disease, preparing for infectious disease outbreaks, and ensuring general biodefense and biosecurity systems of the U.S. Texas A&M University

Watch: How Should the Health and Finance Sectors Work Together to Be Prepared for the Next Pandemic?

COVID-19 has underscored how pandemic preparedness is not just an issue of health security but also economic security for all countries and communities. This Nov 5 recorded event discusses priorities and goals at the intersection of health, finance, and preparedness that Global Health Security Agenda and its partners can begin to work on to improve preparedness for the next pandemic threat. GHSA Ministerial Meeting

FDA Delays Enforcement of Some DSCSA Provisions By Three Years

The FDA will again delay enforcement of a provision of the Drug Supply Chain Security Act (DSCSA) that would require wholesalers to verify saleable returned drugs they intend to further distribute. Regulatory Affairs Professionals Society

Will A Small, Long-Shot U.S. Company End Up Producing the Best Coronavirus Vaccine?

Novavax is slated to receive up to $2 billion from the U.S. government and a nonprofit organization to develop and manufacture a COVID-19 vaccine and this month it plans to launch a pivotal clinical trial of its coronavirus vaccine in the United States and Mexico. Made by moth cells harnessed to crank out the virus’ spike protein—which the pathogen uses to invade human cells—Novavax’s vaccine outshone major competitors on key measures in monkey and early human tests. Science

New Polio Vaccine Poised to Get Emergency WHO Approval

A vaccine against a type of polio that is spreading in the Southern Hemisphere is expected to receive emergency approval before the end of the year. So far in 2020, there have been more than 460 cases of circulating vaccine-derived poliovirus (cVDPV) worldwide. This is more than 4 times the number detected by this time in 2019, which is a major problem for the 32-year, US$17-billion global campaign to wipe out the disease. Researchers who model polio infections estimate that for every known case, there are about 2,000 infections in the population. Nature

Gilead’s Covid-19 Drug Is Mediocre. It Will Be a Blockbuster Anyway.

One large, government-run trial showed that the drug shortens patients’ recovery times, but the two other studies the F.D.A. used to justify its approval — sponsored by Gilead — did not compare the treatments with a placebo. No studies have shown that it significantly lowers death rates. And just days before the F.D.A. granted approval, a large study sponsored by the World Health Organization found that remdesivir provided no benefit to hospitalized patients. New York Times

Children infected with SARS-CoV-2 produce weaker antibodies and fewer types of them compared to adults, according to findings published in Nature Immunology. The findings suggest that children clear their infection much faster, which may also explain why children are less likely to become ill, since “an overly strong immune response may be to blame in people who get severely ill or die from COVID-19.” New York Times

Low Hanging Fruit – Revisiting a Verification Mechanism for the BWC

Without a verification mechanism, countries can refer to the limitations of the Biological and Toxin Weapons Convention with contempt when it suits them, whilst applauding it (and themselves) for banning “and entire category of weapons of mass destruction” in the same breath. For far too long, experts in the national security community have drawn and artificial barrier between intentional and natural disease outbreaks. While politically these clearly have different implications, the infrastructure for detection, treatment and remediation are the same. Women of Color Advancing Peace & Security

A year-long investigation by Bellingcat and its investigative partners The Insider and Der Spiegel, with contributing investigations from RFE/RL, has discovered evidence that Russia continued its Novichok development program long beyond the officially announced closure date. Data shows that military scientists, who were involved with the original chemical weapons program while it was still run by the Ministry of Defense, were dispersed into several research entities which continued collaborating among one another in a clandestine, distributed R&D program. Bellingcat

Highly visible preparatory consequence management activities that take place during a credible terrorist threat, particularly one involving the threatened use of a WMD, require complicated concurrent planning by many agencies. The ability to streamline this effort has been improved by DHS’s countering WMD-related activities being consolidated into one office. Domestic Preparedness

These two types of weapons of mass destruction – biological and nuclear – do not exist in isolation but in a multifactorial geopolitical environment where the threat and control of one impacts that of the other. APLN

A federal jury found Suzanne Muscara of Burlington guilty last year of sending white powder in a threatening communication to the senator’s Bangor address in 2018. The U.S. Postal Inspection Service intercepted the letter at a mail-sorting facility in Hampden. The FBI tested the white powder and found that it did not contain toxic substances. Portland Press Herald

Pathogens, Nose Swabs and Flip Phones: What Work Was Like During Anthrax

After mail laced with anthrax showed up on Capitol Hill in 2001, things started to feel different. Staffers recall both panic and a sense of unity. As officials kept learning about the nature of the attacks, the prognosis and guidance kept changing. At first, nothing much was clear, including what kind of anthrax the letter addressed to Daschle contained. Roll Call

There Is No Silver Bullet Coronavirus Test, But Here’s How Diagnostics Can Help

A combination of lab-based tests, rapid point-of-care tests and population-based tests, like monitoring sewage waste, are being crucial to getting the pandemic under control. “Each of these tests has their pluses and minuses, and that’s why the notion of context is so critical as we make these selections.” Forbes

A Susceptible-Exposed-Infectious-Removed (SEIR) model based on mass rate of SARS-CoV-2 RNA in the wastewater was developed to predict the number of infected individuals. Predictions were compared to confirmed cases identified by the South Carolina Department of Health and Environmental Control for the same time period and geographic area. medRxiv preprint

An algorithm developed in the US has correctly identified people with Covid-19 only by the sound of their coughs. MIT scientist Brian Subirana, who co-authored the paper, published in the IEEE Journal of Engineering in Medicine and Biology, said: “The way you produce sound changes when you have Covid, even if you’re asymptomatic.” Several organizations, including Cambridge University, Carnegie Mellon University and UK health start-up Novoic, have been working on similar projects. BBC News

While the country was focused on the outcome of the election Saturday, the Department of Health and Human Services released a trove of new Operation Warp Speed documents. The newly released contracts include the $1 billion agreement with Johnson & Johnson, which was issued through third-party firm Advanced Technology International and lacks some customary protections against potential future price-gouging. WBUR

By Not Compensating Haiti’s Cholera Victims, The U.N. is Denying Their Human Rights

Ten years ago, on Oct. 12, 2010, the first case of cholera was reported in Haiti, a poverty-stricken country but with no known history of cholera infection for more than a century. Subsequently, scientific evidence conclusively determined that United Nations peacekeepers had imported cholera into the country. From under the veil of immunity, the U.N. long denied any responsibility for the cholera epidemic, which killed close to 10,000 people and affected more than 820,000. Miami Herald

The Art of Infection Prevention

Unless practices change, by 2050, an estimated 10 million people will be dying every year as a result of resistant bacteria. Preventing infection is an important facet of nearly all programs designed to promote effective use of antibiotics, an area known as antimicrobial stewardship. The coronavirus has brought an opportunity to raise awareness about the importance of infectious diseases as a cause of death, and the high impact of simple behaviors such as handwashing. Nature

Psychological First Aid Online Course: Supporting Yourself and Others During COVID-19

The novel coronavirus (COVID-19) pandemic is challenging individuals and families in new ways. Psychological First Aid, the practice of recognizing and responding to people experiencing crisis-related stress, can be used to help yourself and others to cope in the face of stressful events. American Red Cross 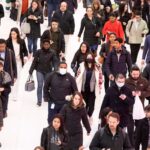 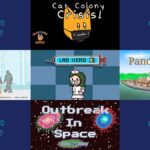