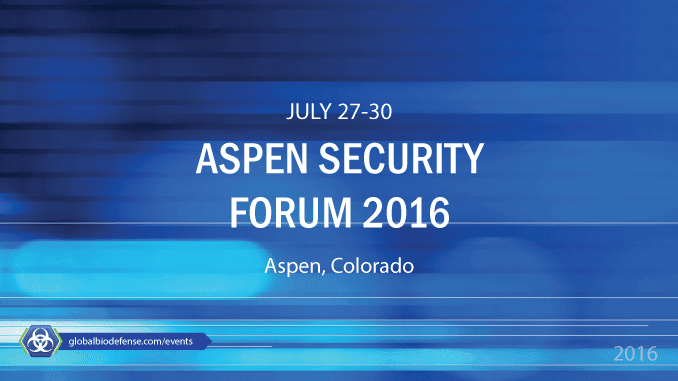 This event explores the current security issues with top level present and former government officials from all relevant agencies such as the Departments of Homeland Security, Defense, State, Justice, and the Treasury; as well leaders from industry, think tanks and academia.

The event is hosted in partnership with CNN, presents the seventh annual Aspen Security Forum, and a live stream will be available at http://aspensecurityforum.org/media/.