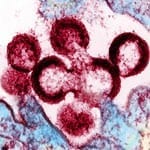 While industry, government and academia have contributed considerable resources toward development of HIV-1 vaccines over the past 30 years, no fully effective vaccine has emerged. A wide assortment of candidate HIV-1 vaccines have reached Phase I clinical trials but only three vaccine regimens have advanced to efficacy testing. One of these 3 trials has shown modest efficacy in humans and this result, coupled with promising results from nonhuman primate (NHP) studies, has now stimulated the field to continue to test more advanced vaccine candidates in humans.

NIAID will use a staged development approach to allow for the rapid advancement of promising candidates to CGMP manufacturing for subsequent clinical testing. Highlighted areas of interest under this Broad Agency Announcement include:

• Recombinant HIV proteins including HIV envelopes, envelope derivatives, Virus Like Particles (VLPs), as well as formulations of HIV proteins with immune enhancers such as adjuvants and immune modulators.

It is anticipated that 4 to 6 contracts will be awarded beginning on or about July 1, 2014. Each contract will be awarded for up to a two year base period to support Stage I activities and will include options for additional stages based on milestone achievements, scientific priority, program balance, and the availability of funds.