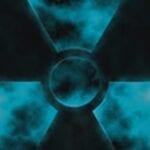 The effort is managed under a Broad Agency Announcement (BAA) released this week entitled “Development of Medical Countermeasures to Enhance Platelet Regeneration and Survival Following Radiation Exposure from a Radiological/Nuclear Incident.”

NIAID anticipates that research and development studies supported by the BAA will advance candidate countermeasures toward eventual Food and Drug Administration (FDA) approval or licensure to treat radiation-induced thrombocytopenia and thereby improve survival.

The government is looking to stockpile MCMs for civilian use that yield a significant survival benefit when administered at greater than 24 hours after radiation exposure and are easy to use (delivered by oral, subcutaneous, inhaled, transdermal, intramuscular, or intravenous methods). As such, candidates chosen for further development under this BAA must demonstrate efficacy when administered at least 24 hours after exposure.

Radiation exposure type, dose level, and dose rates proposed for studies need to be relevant to a terrorist incident or accidental exposure, such as a nuclear power plant accident. Studies using fractionated radiation exposures, commonly used for clinical radiotherapy treatments would not be appropriate, unless information gained would be directly applicable to an unintentional exposure scenario.

The government estimates that 2-4 contracts will be awarded for a 3-year period of performance beginning June 2014. Further details are available under Solicitation Number: BAA-NIAID-DAIT-NIHAI2013166. The response deadline is July 1, 2013.