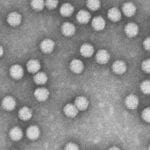 Researchers at the Perelman School of Medicine, University of Pennsylvania have developed a novel gene therapy approach to thwart a potential influenza pandemic.

The team sought protection against influenza that does not require the elicitation of an immune response, in an effort to overcome conventional limitations of vaccines being useful only against the strain of flu for which it was designed.

The Penn approach is to clone into a vector a gene that encodes an antibody that is effective against many strains of flu and to engineer cells that line the nasal passages to express this broadly neutralizing antibody, effectively establishing broad-based efficacy against a wide range of flu strains.

The team demonstrated that a single dose of an adeno-associated virus (AAV) expressing a broadly neutralizing flu antibody into the nasal passages of mice and ferrets gives them complete protection and substantial reductions in flu replication when exposed to lethal strains of H5N1 and H1N1 flu virus. These strains were isolated from samples associated from historic human pandemics – one from the infamous 1918 flu pandemic and another from 2009.

The rational for targeting nasal epithelial cells for antibody expression was to focus this expression to the site of the body where the virus usually enters the body and replicates which is the nasal and oral mucosa. Antibodies are normally expressed from B lymphocytes so one challenge was to design vectors that could deliver antibody genes to the non- lymphoid respiratory cells of the nasal and lung passages and could express functional antibody protein.

Targeting the respiratory cells was achieved through the use of a vector based on primate virus AAV9, previously discovered by the researchers.  The team constructed a genetic payload for AAV9 that expressed an antibody that was showed by other investigators to have broad activity against flu.

Efficacy of the treatment was tested in mice that were exposed to lethal quantities of three strains of H5N1 and two strains of H1N1, all of which have been associated with historic human pandemics (including the infamous H1N1 1918).

Flu virus rapidly replicated in untreated animals, however, pretreatment with the AAV9 vector virtually shut down virus replication and provided complete protection against all strains of flu in the treated animals. The efficacy of this approach was also demonstrated in ferrets, which provide a more authentic model of human pandemic flu infection.

The researchers state the novelty of the approach lies in using AAV to deliver the prophylactic vaccine to the nose in a non-invasive manner, rather than a conventional vaccine shot that passively transfers antibodies to the general circulation.

“There’s a long history of using antibodies for cancer and autoimmune disease, but only two have been approved for infectious diseases,” notes Anna Tretiakova, PhD, Senior Research Scientist and Director of Translational Research at Penn. “This novel technique has allowed for the development of a prophylactic passive vaccine that is cost effective, easily administered, and quickly manufactured.”

The team is working with various stakeholders to accelerate the development of this product for pandemic flu and to explore the potential of AAV vectors as generic delivery vehicles for countermeasures of biological and chemical weapons.

Image: Electron micrograph of AAV particles, with an approximate particle size of 25 nm. Courtesy of Peter Bell, University of Pennsylvania School of Medicine.