A University of Texas Medical Branch at Galveston researcher virologist Alex Bukreyev, professor of pathology, has been awarded two National Institutes of Health grants and a Department of Defense grant totaling more than $6 million to develop experimental drugs against both Ebola and Marburg.

Each funded study involves collaborations among teams with different areas of expertise led by Christopher Basler, professor of microbiology at the Icahn School of Medicine at Mount Sinai.

The filoviruses Ebola and Marburg cause the most severe hemorrhagic fever known, with a mortality rate of up to 90 percent. With no approved vaccines or treatments, they are highly infectious. Both viruses could potentially be manipulated and used as weapons in acts of bioterrorism. The current deadly Ebola outbreak in Western Africa has resulted in more than 1,000 infections and more than 900 deaths, making it the largest outbreak ever of the deadly virus.

The first NIH-funded study will take an interdisciplinary approach that centers on the 1E7-03 experimental compound previously developed by the team. Although not toxic itself, this compound suppresses the replication of the Ebola virus. Further, there is a remarkable similarity between all species of Ebola and Marburg viruses, suggesting that the compound can be used for developing a universal filovirus drug.

“The team is attacking these viruses from several directions, including biochemistry and cell biology approaches to determine which compounds block replication of filoviruses best. The most promising compounds will be tested with animal models,” said Bukreyev, the lead UTMB researcher. “The current outbreak of Ebola virus in Western Africa shows how helpless we are. I hope our studies will result in the development of therapeutics to effectively treat patients infected with filoviruses.”

Bukreyev is the lead researcher in two of the award components. He is in charge of testing of drugs developed by all teams included in the consortium that require the Galveston National Laboratory, the only fully operational Biosafety Level 4 laboratory on an academic campus in the United States. This unique high containment facility allows for the safe study of deadly diseases.

Bukreyev is also the lead researcher on the component aimed at optimizing the 1E7-03 compound as a drug against both Ebola and Marburg. This part of the research program will be conducted with Sergei Nekhai, professor of biochemistry at Howard University School of Medicine.

Bukreyev has recently received federal funding for two other projects related to Ebola and Marburg viruses.

Bukreyev has received another grant from the NIH for a project that will investigate the mechanisms leading to immune system failure following filovirus infection. Bukreyev and UTMB professor Thomas Geisbert each will lead components of the project. They will both collaborate with consortium director Basler, who will also lead another component of the project.

“We are very excited about this project,” Bukreyev said. “One of the reasons that filovirus infections are so severe is because they disable various components of the immune system, leaving the infected person defenseless. All three components will complement one other to provide a broad picture of events that occur in the immune system following Ebola infections and will help to understand how Ebola disables it.”

Bukreyev and Geisbert will also collaborate with Thomas Moran at the Icahn School of Medicine at Mount Sinai, Gaya Amarasinghe, Michael Gross and Daisy Leung at the Washington University School of Medicine, Ilhem Messaoudi at the University of California at Riverside and Tian Wang at UTMB.

A related study newly funded by the Department of Defense will be undertaken by a consortium led by Basler. Bukreyev is the lead investigator of the funded studies conducted at UTMB. This project will be focused on the innate immunity of bats. “This is a very important project that we hope will help us understand why bats maintain filoviruses as well as multiple other emerging viruses without getting ill” Bukreyev said. 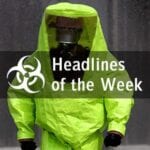 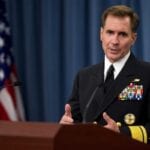