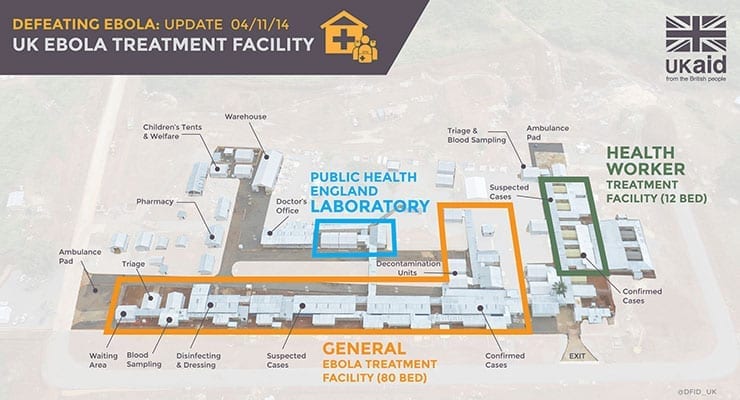 The complex includes an 80 bed treatment center to be managed by Save the Children and a 12 bed center staffed by British Army medics specifically for health care workers and international staff responding to the Ebola crisis. The 12 bed facility is expected to expand to 20 beds in early 2015.

The construction of the treatment facility was funded by the Department for International Development and designed and overseen by British Army Royal Engineers. It is the first of 6 centers to be built by Britain in a bid to contain, control and defeat Ebola in Sierra Leone.

The scale of the Ebola crisis has left Sierra Leone with a severe shortage of beds to treat Ebola patients. The WHO estimates that there are currently just 326 treatment beds in Sierra Leone.

British Army Engineers together with Sierra Leonean construction workers have been working round the clock for the last eight weeks to get Kerry Town built.

“The completion of the Kerry Town treatment facility is a testament to the hard work and ability of the Armed Forces,” said Mark Francois, Minister for the Armed Forces. “The UK has been at the forefront of responding to the epidemic and our medics will now continue the great work already carried out.”

Save the Children is recruiting over 200 clinical staff as well as many more support staff to help run the Kerry Town Ebola treatment center.

“The Kerry Town treatment center is critical to the fight against Ebola,” said Justin Forsyth, CEO for Save the Children. “I’m proud of Save the Children’s partnership with UK Aid, working together with DFID and the Army to build and run Kerry Town. But we know we need to redouble our efforts if we are to get ahead of this crisis. We are in a life and death race against time.”

Construction has begun on 5 other treatment facilities, at Port Loko, Makeni, Moyamba, and two more centers in Freetown. Once built these facilities will take the number of UK-supported beds to over 700, providing direct medical care to up to 8,800 patients over 6 months.

Britain’s wider £230 million Ebola response package includes funding for burial teams to increase capacity and work with communities on new burial practices, the roll out of up to 200 new community care centers and help to shore up the country’s stretched public health services to help contain the disease. This includes vital supplies such as chlorine and protective clothing for thousands of health workers. 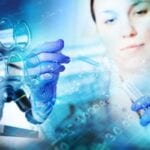