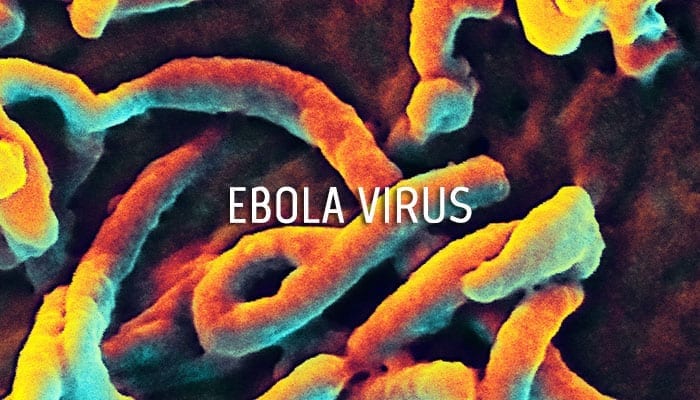 A new study led by University of Iowa researchers found that Gamma interferon given 24 hours before and up to 24 hours after exposure completely protects mice from death from Ebola.

The study, led by UI virologist Wendy Maury, PhD, suggests that gamma interferon, which is an FDA-approved drug, may have potential as an antiviral therapy to prevent Ebola infection when given either before or after exposure to the virus.

Ebola virus targets and infects macrophages or dendritic cells, two types of immune system cells found in the liver, spleen, and lymph nodes. Ebola then replicates in those cells. Following this initial infection, which happens at day 3 or 4 in non-human primates, Ebola virus is released into the blood and infects a plethora of other different cell populations.

“It goes from an early stage with a very targeted infection of only these few cell types, to everything being infected,” explains Maury, who is a professor of microbiology in the UI Carver College of Medicine. “We think what’s happening with gamma interferon is that it’s targeting macrophages and blocking the infection of those initial cell targets so you don’t get the second round of infection.”

The team showed that gamma interferon inhibits the virus’s ability to infect human and mouse macrophages, in part by blocking virus replication in the cells. The researchers then showed that pretreating mice with interferon gamma 24 hours before exposure protects the animals from infection and death.

To their surprise, the researchers found that treatment up to 24 hours after what would have been a lethal exposure also completely protected the animals from death, and the scientists could no longer detect any Ebola virus in the mouse cells. These findings suggest that interferon gamma may be useful both as a prophylaxis and post-exposure treatment against Ebola.

The study results were recently published in the journal PLOS Pathogens.

Initial findings were conducted using a surrogate virus, which targets and infects the same cells as Ebola, but does not cause the disease. This Ebola surrogate consists of a less dangerous vesicular stomatitis virus (VSV) that expresses Ebola glycoproteins on its surface.

The results were then repeated using mouse-adapted Ebola virus in the Biosafety Level 4 (BSL-4) lab of Maury’s long-time collaborator Robert Davey at the Texas Biomedical Institute in San Antonio, Texas.

The team still has to determine how late gamma interferon can be given to the mice and still prevent infection. However, the results suggest a window of time after exposure when gamma interferon may be an effective antiviral therapy.

Gamma interferon is already approved by the FDA to treat Chronic Granulomatous Disease (an immune disease) and Severe Malignant Osteopetrosis.

In addition to moving the studies into larger animal models, Maury now plans to study the ability of gamma interferon to inhibit Ebola infection in conjunction with other developing antivirals.

“Right now there are no FDA-approved antiviral therapies for Ebola, but there are some being developed that target virus entry,” she says. “We know that gamma interferon blocks replication but not entry into cells. So combining an entry inhibitor with gamma interferon may allow us to reduce amount of gamma interferon needed and target two different steps in the virus’s life cycle, which has been shown in HIV to be critically important for controlling virus.”