Studying the Early Impact of Ebola Virus on the Immune System 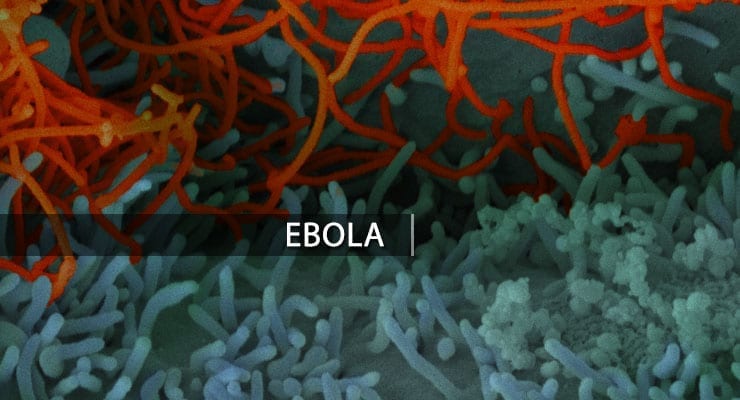 Scientists from NIH’s National Institute of Allergy and Infectious Diseases, working with colleagues from the University of Washington and Columbia University, have published study results on a new Ebola virus (EBOV) mouse model aimed to better understand how early responses of the immune system can affect development of EBOV disease.

The researchers analyzed signals that host cells use to alert the immune system to EBOV infection, and the immune system’s responses. They focused on signaling events that begin within hours of a virus infection and involve the cellular mitochondrial antiviral signaling protein (MAVS).

The scientists already knew MAVS had a key anti-EBOV role, and in the current study examined it in an animal model for the first time. Many cell types produce MAVS, but MAVS produced by macrophages were found to be critical in controlling EBOV infection and to limiting the organ and tissue damage caused by EBOV.

Although non-human primates (NHPs) are regarded as the gold standard animal model for EBOV pathogenesis, mouse models have clear advantages in BSL4 containment, including relative ease of handling and genetic manipulation (Bradfute et al., 2012). However, these models also have limitations in that immunocompetent adult mice are resistant to infection with wild-type EBOV (WT-EBOV). WT-EBOV causes lethal disease in mice deficient for IFNAR (Bray, 2001) or STAT1 (Raymond et al., 2011), again implicating the host IFN response as a critical determinant of resistance to infection. Mouse-adapted EBOV (MA-EBOV) causes disease in some mouse strains, such as BALB/c, wherein it is associated with increased virus replication and induction of inflammatory cytokines (Bray, 2001, Gibb et al., 2001). Infection with MA-EBOV can recapitulate the hemorrhagic manifestations of disease observed in humans or NHPs, dependent on the mouse genotype (Rasmussen et al., 2014). Therefore, MA-EBOV infection of mice provides a useful model to understand the contribution of various immune responses and genetic diversity in control of virus replication that cannot readily be studied in NHPs or other models.

In their experiments, macrophages coordinated the development of more advanced immune responses and the production of type I interferon, a compound with potent antiviral activity.

They also learned that EBOV could cause disease in mice by suppressing MAVS signaling and manipulating the interferon response.

With a goal of eventual drug development, the researchers are continuing their work to pinpoint the precise immune responses controlled through MAVS and to learn more about how EBOV sometimes delays immune signaling.