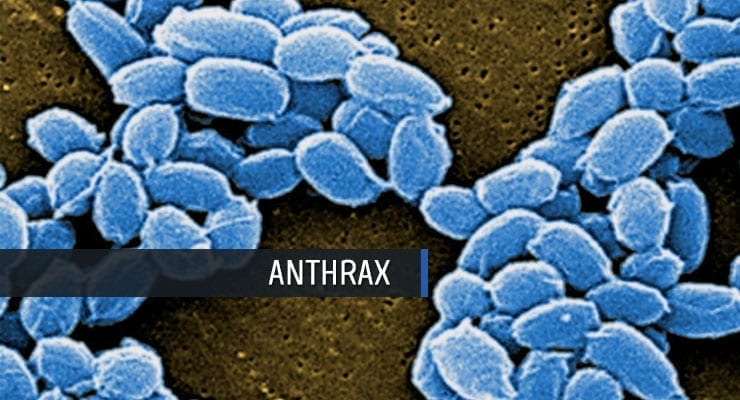 The Department of Defense recently published an updated information paper for servicemembers and military medical personnel regarding the types and symptoms of anthrax infections, as well as vaccine dosing and caution information. The following is an adapted version of the paper, edited for context, format and length.

The causative agent of anthrax is Bacillus anthracis, a large, gram-positive, spore-forming, nonmotile bacillus bacteria. These bacteria use three proteins to make two toxins: lethal toxin and edema toxin. The protein common to both toxins is called protective antigen, or PA. Anthrax bacteria form spores to survive for long periods in the environment. These spores are resistant to heat, light, and harsh environmental conditions. The bacteria can cause four types of disease, depending on how the bacteria enters the body: cutaneous, injection, gastrointestinal, or inhalation anthrax.

Cutaneous anthrax is the most common form of anthrax reported in humans (>95% of all anthrax cases). The bacterium can enter the body through an abrasion or cut on the skin, such as when handling contaminated meat, wool, hides, leather or hair products from infected animals or other contaminated materials. Symptoms begin in approximately 1- 5 days with an itchy reddish-brown papule on the exposed skin that later develops into blackened eschar (lethal factor) with swelling of the surrounding tissue (edema factor). There are often systemic symptoms associated with cutaneous anthrax such as swollen glands, fever, myalgia, malaise, vomiting and headache. The case fatality rate for cutaneous anthrax is estimated to be 20% without antibiotic treatment.

Injection anthrax was added in 2001 as another type of anthrax infection that has been identified in heroin-injecting drug users in northern Europe. This type of infection has never been reported in the U.S. Symptoms may be similar to those of cutaneous anthrax, except there is tissue swelling/soft tissue infection without eschar formation (unlike cutaneous anthrax) due to the infection that’s deep under the skin or in the muscle where the drug was injected. Injection anthrax can spread throughout the body faster and can be harder to recognize and treat. Repeated debridement is required, and infection can cause septic shock, meningitis, and death. The case fatality rate for injection anthrax is difficult to determine, but may be as high as 35%.

Gastrointestinal anthrax symptoms usually begin 3-7 days after ingestion of anthrax-contaminated meat. There is acute swelling (edema factor) and inflammation (lethal factor) of the gastrointestinal intestinal tract causing nausea, loss of appetite, vomiting and fever; followed by abdominal pain, vomiting of blood and bloody diarrhea. The pharynx can also be involved causing a sore throat, dysphagia, and fever, lesions at the base of the tongue or tonsils and regional lymphadenopathy. The case fatality rate is unknown but estimated to be 25 to 60%. The high mortality is due to late diagnosis and GI hemorrhage.

Inhalation (pulmonary) anthrax has an average incubation of approximately 10 days. However, in the Sverdlovsk disaster, there were cases with the onset of symptoms occurring up to 6 weeks after exposure. Such long incubation times, while unusual, reflect the ability of a very small amount of anthrax spore being able to remain in the lungs for many days before there is sufficient growth to produce symptoms. Initial symptoms may include sore throat, mild fever, myalgia, coughing, and chest discomfort lasting up to a few days.

Secondary symptoms develop abruptly with a sudden onset of fever, acute respiratory distress due to pulmonary edema and pleural effusions, followed by cyanosis, shock, and coma. Meningitis is common. There is an estimated 45% to 90% fatality rate for inhalation anthrax. Methods of early diagnosis and aggressive medical interventions learned from the 2001 bioterrorism attack are expected to improve survival.

Anthrax spores make a potent biological weapon because the spores are hardy and the optimal size to enter and lodge in the lungs if inhaled. Inhalation anthrax is nearly 100% fatal in an unprotected, unvaccinated person who is not treated promptly. The difficulty in detecting an anthrax attack may result in numerous anthrax casualties before adequate countermeasures could be implemented.

For example, in 2001, 22 confirmed or suspected human cases of anthrax occurred in the eastern United States when B. anthracis spores were sent through the mail in powder-containing envelopes to news media companies and U.S. congressional leader. Eleven of the 22 cases were inhalation anthrax, and 11 were cutaneous; 20 of the cases occurred in mail handlers or persons exposed to buildings where contaminated mail was processed or received. Five persons with inhalation anthrax died.

From this attack 32,000 people received post exposure prophylactic antibiotics for up to 60 days or more to prevent further illness and death. Of note, only about 44% (21-66%) completed the recommended course of antibiotic therapy.

The most effective means of mass protection against anthrax is through the use of vaccine. Today’s vaccine is distributed under the brand name BioThrax® (Emergent BioSolutions, Lansing, Michigan) and reduces disease incidence by 92.5%, based on human and animal data.

The anthrax vaccine is an inactivated, cellular vaccine that principally contains the non-pathogenic protective antigen (PA) protein. The Food & Drug Administration (FDA) licensed anthrax vaccine in November 1970 for use in individuals 18-65 years of age. Between March 1998 and October 2015, more than 3.2 million people received over 13.1 million doses of vaccine under the U.S. Department of Defense’s Anthrax Vaccine Immunization Program.

Anthrax vaccination is mandatory for all uniformed personnel, emergency essential designated civilians, contractor personnel performing mission-essential services (with the provision in their contract), some Naval Forces afloat, and civilian and contact mariners (under Commander, Military Sealift Command) traveling or assigned (or deploying within 120 days) to the U.S. CENTCOM area of responsibility (AOR), the Horn of Africa and the Korean Peninsula for 15 or more consecutive days.

Vaccination is voluntary for non-emergency essential DOD civilians; contractors not performing mission-essential services and accompanying US citizen family members who reside in the CENTCOM area of responsibility, Korean Peninsula, and the Horn of Africa for 15 or more consecutive days or for uniformed and civilian personnel no longer deployed to the US CENTCOM AOR or Korean Peninsula who have received at least one dose previously.

Anthrax immunizations are administered as a series of five 0.5-ml doses at 0, 1 and 6 months, Booster doses are at 12 and 18 months after initiation of the primary series, and at 1 year intervals thereafter.

Injections are administered intramuscularly in the deltoid of the upper arm. In December 2008, the FDA approved changes to the route and number of doses from 6 subcutaneous doses to 5 intramuscular doses.

Doses of the vaccine should not be administered on a compressed or accelerated schedule. For an individual who is late for or has missed a dose in the primary 5-dose immunization schedule the following procedures should be followed:

(1) Resume the primary series with administration of the next scheduled dose. Administer subsequent doses of the vaccine at intervals based on the date the last dose was given, not when it was originally scheduled.

(2) Available data suggests that significantly increasing the interval between doses does not adversely affect immunogenicity or safety. Therefore, as with other vaccines, interruption of the vaccination schedule does not require restarting the primary series or the addition of extra doses.

(3) If an annual booster has not been administered on time, administer the booster dose at the earliest possible date, and from there the booster schedule should be adjusted accordingly.

The most common (≥5%) systemic adverse reactions were muscle aches, headache, and fatigue. Women receiving the vaccine reported more systemic reactions than men (fatigue, muscle aches, and headaches) regardless of the route of administration. 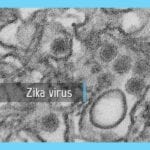 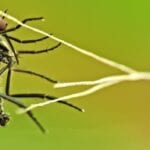