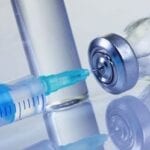 Medicago Inc., a biopharmaceutical company focused on developing vaccines based on proprietary manufacturing technologies and Virus-Like Particles (VLPs), this week announced that it has successfully produced a new VLP vaccine candidate for the H7N9 virus that is responsible for the current influenza outbreak in China.

“To our knowledge, Medicago is the first to produce a VLP vaccine candidate against this potential pandemic strain demonstrating our ability to be a first responder in a pandemic scenario,” said Andy Sheldon, President and CEO of Medicago. “Current influenza egg based vaccine manufacturers can take up to six months to produce a vaccine for any new strain, we have proven once again that we can cut this development time drastically.This combined with our vaccine production capacity at our pilot facility in Canada and our commercial facility in North Carolina and our best-in-class efficacy results for our H5N1 vaccine, strongly positions Medicago as a key player in addressing a potential  pandemic.”

In order to produce an influenza vaccine, Medicago only requires the genetic sequence of the viral strain, dramatically limiting the delays that occur using traditional manufacturing systems. Medicago’s H7 VLP is currently being purified in preparation for immunogenicity studies in animal models.

The hemagglutinin (HA) sequence used for the development of the H7 VLP vaccine was obtained from the GISAID EpiFlu™ Database. Medicago would like to thank  Dr. Jun Li and the Hangzhou Center for Disease Control and Prevention (China), respectively author and originating and submitting laboratory for the sequence of HA of the isolate A/Hangzhou/1/2013 (sequence ID EPI_ISL_138977).

Over 130 laboratory-confirmed cases of human infection with the new avian influenza A (H7N9) virus have been confirmed to date, including 31 deaths, according to the World Health Organization (WHO). Contacts of the confirmed cases are being closely monitored.