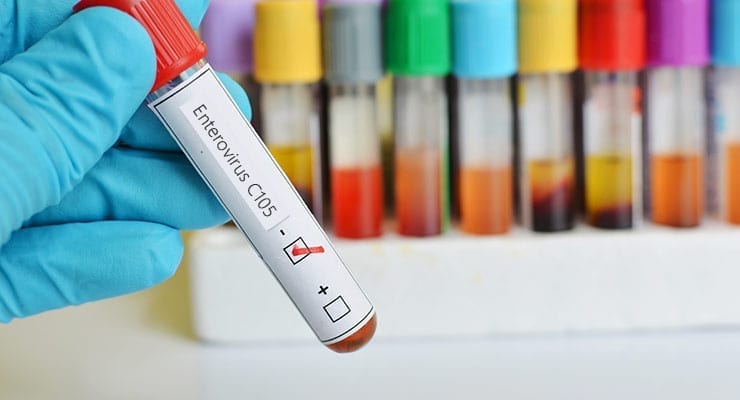 A mysterious outbreak of child paralysis cases previously linked to enterovirus D68 may instead have another cause, doctors at the University of Virginia Children’s Hospital are cautioning.

A 6-year-old girl arrived at UVA Children’s Hospital in October after her parents noticed that her right shoulder was drooping and that she was having difficulty using her right hand. She had previously exhibited cold-like symptoms, including a cough, a slight fever and headache.

The child’s paralysis symptoms were similar to those seen in more than 100 other children during an outbreak of acute flaccid myelitis that began in the summer of 2014.

While enterovirus D68 has been the primary suspect in the paralysis cases, the girl’s test results identified a different potential culprit, enterovirus C105. “Surprisingly, it came back with this enterovirus C105, which I’ll admit, when it came back, I’d never heard of,” said UVA’s Ronald B. Turner, MD. “It was just described in the last eight or nine years and it hasn’t been seen much around the world. Now, I think you have to be careful with that, because we don’t look for it. And you don’t see what you don’t look for. So it’s possible it’s out there and it’s not being detected because nobody’s sending specimens to be tested in this way.”

While Turner has published a case study detailing the girl’s diagnosis, he stops short of suggesting that enterovirus C105 is responsible for the paralysis outbreak. “You can only learn so much from one case. My plea is that we not over-interpret this information,” he said. “It was really just an attempt to say, ‘Hey wait a minute, there are other possibilities for what’s going on with this flaccid paralysis and we need to keep an open mind about this.'”

“Last fall there was this outbreak of enterovirus D68 disease that was going around the country and mostly causing respiratory symptoms, asthma exacerbations, that sort of thing. Right in the middle of that, there was also an outbreak of acute flaccid paralysis,” Turner said. “Because of the temporal relationship, a lot of people connected those two events and basically assumed that the enterovirus D68 was somehow related to the acute flaccid paralysis.”

He emphasized that enterovirus C105 may also not be the cause of the paralysis, and that more analysis needs to be done as the federal Centers for Disease Control and Prevention gathers information. “We need to kind of step back and say, ‘OK, we really don’t know what’s going on here,'” Turner said. “It’s really more a caution than an answer we’re providing, in my opinion.” 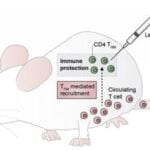